A stylized 360 on the well-known Thor 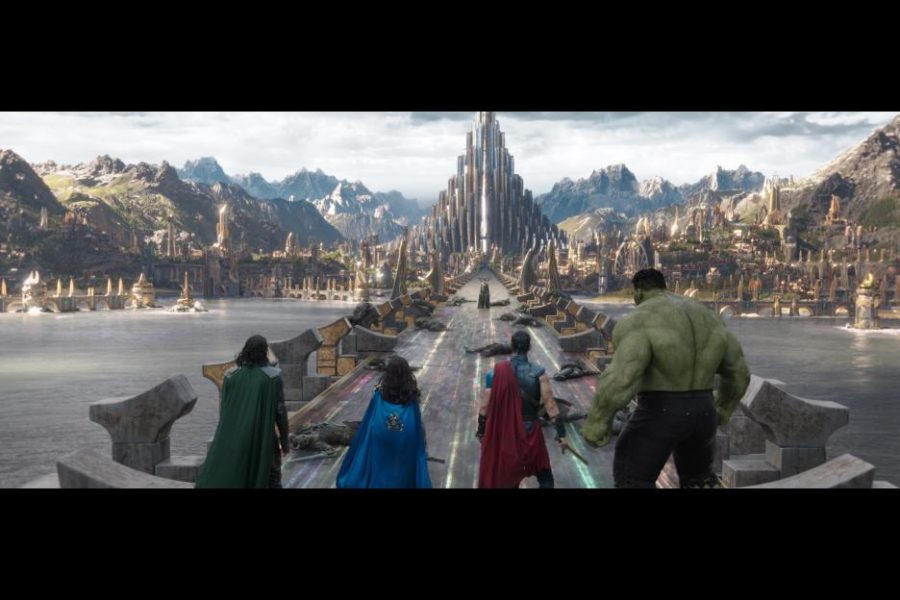 Used with permission from Disney Studios.

The Marvel Universe has grown and weaved its way into pop culture throughout the past decade by coming out with movies, merchandise, TV shows and more to bring to life some of it’s fans favorite comics. Thor is just one of many characters that has been popularized with films released by Disney.

However, with the latest Thor movie “Thor Ragnarok”, screenwriters Eric Pearson, Craig Kyle, and Christopher Yost started to move away from the stereotypical superhero movies that we’ve seen from Marvel in the past to a funny, more light-hearted action film. The opening of “Thor Ragnarok” starts off with Thor (Chris Hemsworth) being captured in a hell-like dimension explaining to his captor, ‘Surtur’, his quest to try and discover whether his vision of the death and destruction of his planet, (the prophecy of ‘Ragnarok’) will carry out. This conversation between Thor and Surtur soon turned into a creative banter with hilarious moments, like Thor hanging upside down trying to keep the conversation going and Thor mocking Surtur’s huge ego. The fight scene that occurred minutes lader between Thor and Surtur was paired perfectly with Thor’s cocky humor and the “battle cry” playlist that played throughout the fight. However, the CGI throughout the opening fight scene was a little overdone and made the scene feel more cartoony, which distracted from the dialogue as a whole.

Thor later found himself trapped in a gladiator game on Cycar, controlled by a new villain named ‘the grand master’ (Jeffrey Lynn Goldblum), an antagonist who didn’t show the same serious intimidating attitude that we commonly see in Marvel films.The writers also created new witty characters like Valkyrie, who, regardless of being new, still connects to the deep rooted history within Asgard that hadn’t been mentioned in the previous films. Another new character, Hela, also revealed a lot of Asgardian culture that was not widely showcased in the previous films, while simultaneously being a sort of symbol for the destruction of Thor’s planet.

“Thor Ragnarok” took a very different approach to the much loved Marvel films by showcasing more of a colorful style and creating several crazy characters. With a score of 92% on Rotten Tomatoes, it’s a pretty solid movie, although I do feel that there could have been more of a complete storyline. Regardless of that, it seems they tried to focus on the history of Asgard and who Oden really was before Thor and Loki were brought into the picture, which helped bring together all three movies. You can now purchase the movie on DVD.