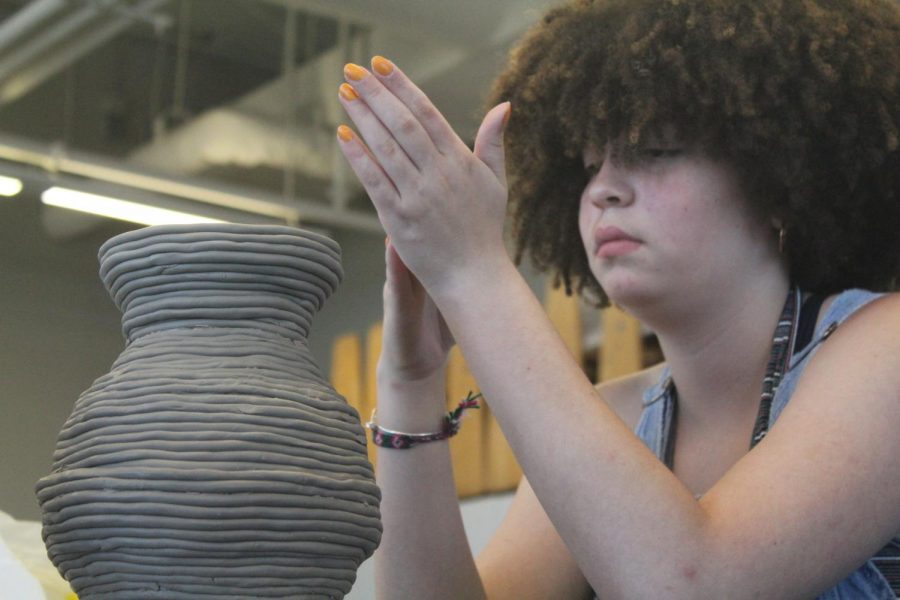 “We had to make this decision because we had a huge influx of students and we don’t have room for them,” said art department chair, Liz Lesaulnier. “Even though it’s an awesome problem, the bigger problem is that we can’t keep accepting students, because we don’t have enough teachers to go around to teach them. So that’s a disservice to both students and teachers. So, for at least this year or semester the department is closed.”

Even though it may be good news for the teachers to have so many new students, some recurring students may think otherwise.

“It’s a bit weird having so many new people in the department, especially since I don’t really think a lot of them are into art,” said eleventh grader, Iain Zimmerman. “It would be nice having a lot more artists round if a lot of them were actually there because they love art, not because it was the easiest thing they could do.”

For everyone who was disappointed by the news or wanted to be in the art department, there may be spots open next semester!