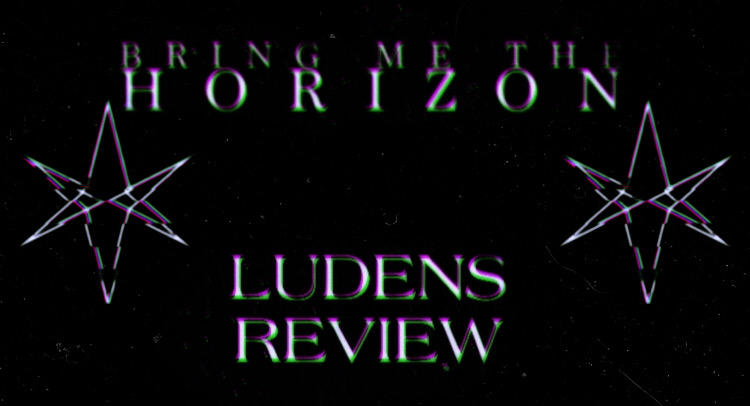 Bring Me The Horizon "Ludens" Review

On November 6, electro-metal band, Bring Me The Horizon, dropped a surprise single titled ‘Ludens’ for a new game called Death Stranding. This single is the most recent material that the band has dropped since their album ‘Amo’ which I also reviewed last spring. Once again, this material is nothing like anything Bring Me The Horizon has released. This song starts with an upbeat electronic rhythm that reminds me of some kind of futuristic apocalypse, then goes into a soft metal chorus.

Weeks ago Bring Me The Horizon released a music video for this single. The video contains original content along with the video games’ content. The video has a post-apocalyptic warzone-type theme with many characters that match the video game. There are three different main settings in the video. The first setting is a stage where the band is performing the song in front of LEDs and spotlights. Another setting is actually a group of scenes from Death Stranding. The last setting is an army of people dressed like characters in the crowd accompanied by neon lights. Overall, the theme stays constant.

This year has been a rocky year for Bring Me The Horizon fans. Many fans stayed in the community, but some left after the drop of their last album, ‘Amo.’ Though, this risky new song has brought mainly positive reviews and feedback to the band. Writer from NME, Andrew Trendell, interviewed the lead singer from the band, Oliver Sykes about future plans.

“We’re not going to do an album again, maybe ever. We’re thinking about doing shorter records,” Skyes said. Though the band is still planning on making small records in the future, some fans are still slightly disappointed. We hope the band continues to make masterpieces to share with the world.