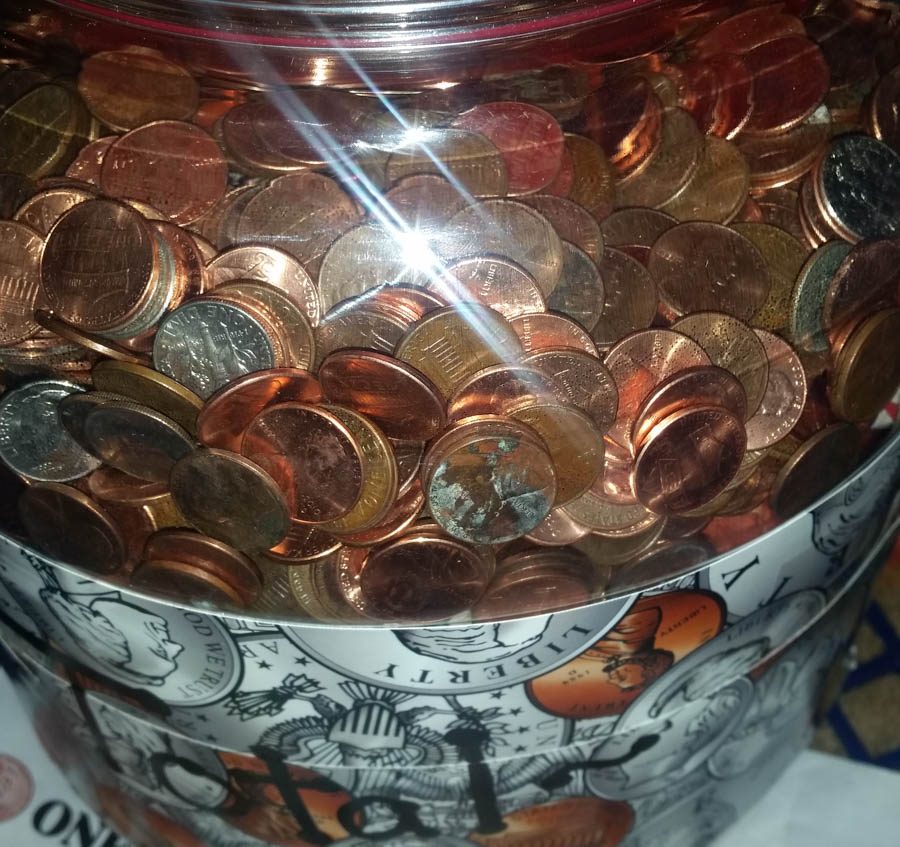 Recently, both high school and middle school students raced to donate the most amount of money for their grade in a penny war. The purpose of the penny war was to raise money for the victims of the recent hurricanes that devastated Houston, Florida, and Puerto Rico this fall. Cassandra Lentz, science teacher, was put in charge of the fundraiser after Gina Bell-Moore was asked by students if the school could do something to help those affected by the hurricanes.

The winners of the penny war are the twelfth grade with 3592 points and the sixth grade with 250 points. Despite the fact that the 10th grade jar contained the most money out of all the high school jars, the 12th grade won the high school penny war. This is due to the fact that the 12th grade brought in the most positive points. After the 10th grade was ahead due to a 2650 ($26.50) penny donation from a single person, many of the other grades “sabotaged or targeted” the tenth grade and put in silver coins, which counted as negative points. So their total monetary count grew while their point count plummeted.

“Originally, I didn’t have much of a goal,” Lenz said.

“My students suggested the Kevin Hart challenge, but I was able to talk them into about $300. At least a hundred for each area that we wanted to help. We definitely reached that goal! I am so proud of the many students who donated their change and dollars.”

Checks for $123 were sent out to three organizations to help those affected by the hurricanes. One went go to a charter school organization in Houston that has reached out for donations to rebuild their schools. The second went to a “Donors Choose” fund for a school in Florida. The third was given to an organization called “United for Puerto Rico” which is helping get electricity, food, and water to families in Puerto Rico.

To celebrate the winners of the penny war, there was a celebration party during the last hour of the day November 20 and 21 for each of the sixth and twelfth grades, respectively. In one cafeteria, there was a showing of a movie, and in the other cafeteria there was games and music. Along with that, they were also allowed to use electronics during that time. Students were not allowed to switch between the cafeterias and had to use passes to go to the restrooms.