Demon Slayer: Kimetsu no Yaiba—Japanese mythology like you’ve never seen it before 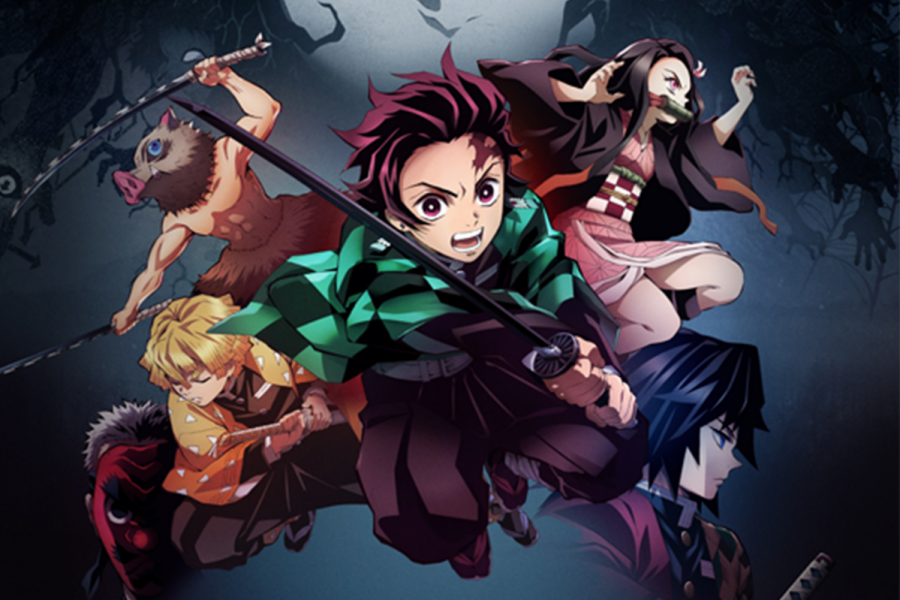 Shortly after the first episode aired on April 6, 2019, Demon Slayer: Kimetsu no Yaiba quickly gained immense popularity. I can easily see why. Now, the humans vs. demons story isn’t anything new (what IS new nowadays, anyway?), but there are always different ways of going about it. Keep in mind, however, that this is nowhere near the same as our western ideas of demons. The demons in this show aren’t fallen angels nor do they possess people. These demons are cruel, bloodthirsty monsters that come out at night to prey on humans, and it’s the duty of the demon slayers to stop them. If you know anything about Japanese mythology, you’re probably already familiar with this concept. These types of stories have stood the test of time, and are still being told today, but they don’t even come close to the masterpiece that is Demon Slayer.

The story begins with the main character, Kamado Tanjirou, the eldest son in a family of six children. On this particularly cold and snowy morning, he heads down the mountain and into the village to sell charcoal to the villagers. He winds up staying out nearly all day, and on the way back up the mountain, an old man living just outside the village invites him to stay the night, claiming that it’s not safe to be out late due to demons. When morning came, and he continued his trek up the mountain to his home, he immediately knew something was off. You see, Tanjirou has an incredible sense of smell, and as he got closer to his house, he could smell the very distinct scent of blood. As it turns out, his family had been slaughtered by a demon that night, and his younger sister Nezuko was the only survivor. However, she had been turned into a demon. Determined to find a way to turn her back into a human and to protect her from demon slayers, he decides to train and become a demon slayer himself.

Despite having a depressing first episode and plot, the show can often be quite humorous, believe it or not. The many unique (and often comedic) characters are what most lend to the humor. I don’t want to spoil too much, but there IS a character who runs around shirtless while wearing a boar head (aka my favorite character, Inosuke).

Now, the plot isn’t the only thing that makes this show as great as it is, of course. The voice acting is a huge part of it, too. Even the characters who hardly even speak a single word have such phenomenal voice actors that it’s almost impossible to put into words. This anime has, by far, the most amazing voice acting out of any show or movie I’ve ever seen. I was absolutely blown away by how real it sounded.

Everyone knows that you can’t write an anime review without talking about the art style and character designs, and I was definitely not planning on leaving that out, especially considering how taken I am with both those aspects of Demon Slayer. Even though most of the main characters wear the same uniform, they each look so different that I would often forget that they were even wearing a uniform at all. They each wear a different and unique haori (jacket often worn over a kimono), or (in the case of Inosuke) no shirt or haori at all. What I really enjoyed more than the character designs was the bold outlining. Bold outlining is something I’ve grown quite fond of, so I enjoyed seeing it in Demon Slayer. Plus, at 60 frames per second, the animation is incredibly smooth and, dare I say it, crisp. The overall quality of appearance is astounding.

Of course, there’s more to every animated show than just character designs, art style, and animation. The actual characters themselves are the most important part. A good story is nothing without good characters, and these characters are excellent. As far as I can tell, there are little to no flat, one-dimensional characters. Every single one of them has more to themselves than what you see at first glance, much like with real people. Characters who seem cold and detached may be the kindest of them all, and characters who seem confident and overzealous may just be hiding their insecurities. Even if you think you know these characters, you have to stop and ask yourself if you know as much about them as you think you do.

Despite how much I’ve praised this show, some people might still be unsure if this show is worth watching. After all, it is rated TV-MA for gore and violence. However, I can assure you that the gore and violence are in no way gratuitous. There is always a reason for it, and it’s not violent just for the sake of being violent. If the type of language they use is a concern, there’s no need to worry. If I were to rate the show based on language alone, I’d say it’s TV-14. There aren’t very many “swear words” in Japan. Often, however, the English dubbed versions of anime will throw in more offensive language, so I can’t promise the English version won’t be chock-full of swears.

Basically, what I’m trying to say is just go ahead and watch it already! It’s a fantastic anime that is, in my opinion, on par with many of the anime greats, such as Dragon Ball Z, Jojo’s Bizarre Adventure, and Naruto. Everything about it meets my standards for a great anime. I couldn’t have asked for a better experience than I had watching Demon Slayer: Kimetsu no Yaiba. It’s definitely worth checking out, even if you don’t particularly enjoy most anime.