Editorial: New Voices Act of Missouri could give students back their first amendment rights 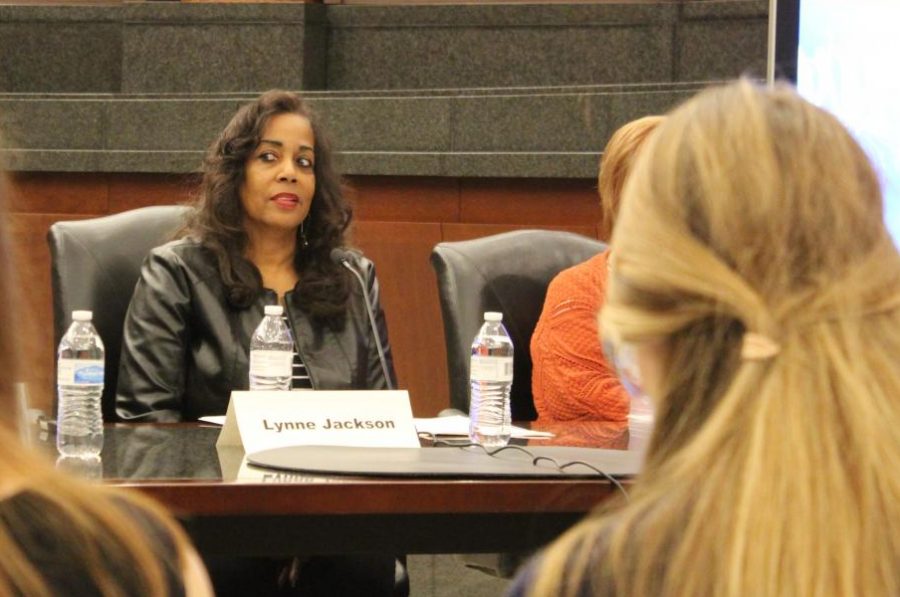 Lynne Jackson, great-great granddaughter of Dred and Harriot Scott, discusses the importance of the first amendment using a specific example of limiting religious practices. "One of the areas that I find that we're losing our rights is freedom of religion," Jackson said.

A New Voices bill was introduced in the state of Missouri on January 31, 2019.  The New Voices bill, originally proposed in 2016, prohibits schools from stopping the publication of student-created media, except in the circumstances outlined in the bill, such as libel, invasion of privacy and unlawfulness. Currently, there are 14 states with the new voices law passed and 9 states with active new voices campaigns – including the state of Missouri.

If this bill is passed, this could greatly benefit student voices on exercising their first amendment rights. It could prevent events surrounding cases such as Tinker v Des Moines and Hazelwood v Kuhlmeier from happening again. High school journalism programs across St. Louis are making efforts to support the bill’s advancement.

“We will be going back to try to pass legislation. New Voices is basically an anti-Hazelwood legislation that will reinstate the first amendment rights of both advisors and students,” advisor of Kirkwood high school and board member of the Missouri JEA, Mitch Eden said.  “[We’re] rounding up lots of students and advisors both in Journalism and Social Studies to go back this January to get that legislation passed and it’s crucial.”

The New Voices act comes with many benefits to high school journalism; the most important being the protection of students’ first amendment rights. However, there are some causes for concern in the first section alone.

The bill also states in lines 25-27 and 35-38: “ (25-27) A school district shall not authorize any prior restraint of any school-sponsored media except if the administration or student-media advisor reasonably determines or anticipates that the media:(35-38) Is likely to incite students to commit an unlawful act or to violate school district policy or procedure, or Is likely to materially and substantially disrupt or interfere with the orderly operation of the school.”

The thing about this section of the bill, whether an act could potentially become “disruptive” can be strictly opinionated or dependent on the surroundings. In 2014, GCAA had a walk-out to honor the death of Michael Brown, an 18-year-old, black man who was fatally shot by 28-year-old, white, police officer Darren Wilson in Ferguson, Missouri. This walk-out exercises the students first amendment right to freedom of assembly. To some schools or administration, this could have been considered as a disruption of the orderly operation of the school or even violating school policy, since this walk-out was during class time. GCAA got away with this assembly because we’re a primarily liberal school that sided with Brown’s family. But, if this sort of walk-out was organized by a student at a school that may have sided with Wilson, would the administration put prior restraint on the student’s idea just because they disagree with it? With this type of speech, it is very easy to claim that this “disrupts the orderly operation of the school.”

Whether something is considered a disruption to the educational environment can depend on which way the administration may swing in a situation, can still risk restraint on student’s first amendment rights. There is only so much that the law can protect student journalists, but that section should be mentioned and remembered when it comes to publishing content.

Currently in Missouri, ‘Cronkite New Voices Act’ was sent back to the education committee to be reheard in 2020.