Graduate headed off to Berklee College of Music 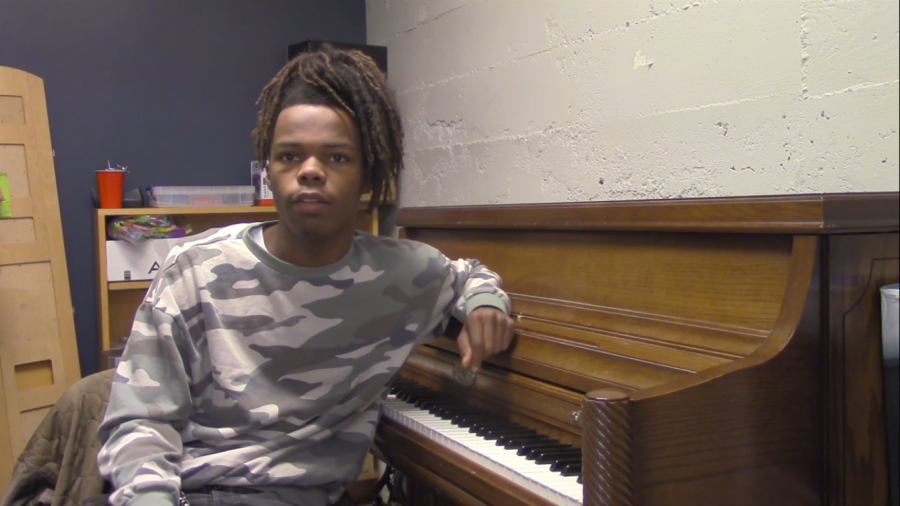 A “coming of age story” is how Royce Martin describes his experiences as a pianist. Playing basketball, riding his bike, and getting into mischief is how he grew up in the Bellefontaine neighborhood in North St. Louis County. In eighth grade, he found a passion for music. It started in band class.

Martin explored the keyboard in band class and more thoroughly at home when he got his first keyboard in 2013.

“Something in me thought that I could play it,” Martin said.

As an eighth grader, Martin describes his his surroundings changed. He lost friends, and the drastic changes of entering high school were quickly approaching. As Martin got more comfortable with the piano keys, everything seemed to be more at ease.

“It was all coming full circle. After April of 2016, I knew I wanted to become a musician after I won the Teen Talent Competition,” Martin said.

In addition to winning this competition, Martin was also involved in Jazz Band at school and began to take it more seriously after performing at the Bistro, right down the street from Grand Center Arts Academy, the school he attended at the time.

Even though reaching a new level of success was difficult at times, Martin takes the time to reflect on where he is going with his future.

“I was getting a lot of attention, that was a plea of validation from other people… the art of music is the biggest thing. If it was just for money, I wouldn’t be doing it. I feel so many things when I play piano,”

Martin goes on to talk about other musical challenges such as figuring out the science of extended harmony and finding a  balance between playing an instrument and keeping up with his academic and social life.

“You have to find a stack of all genres,” Martin said.

Martin currently works at the Scott Joplin House State Historic Site where he gives lectures about Joplin’s music in comparison to the music heard today. He was invited to work at the Joplin House after he played a piece, which impressed Bryan Cather, president of Friends of Scott Joplin.

“I have so many ideas that I’m working on. I’m trying to revive the Ragtime scene online,” Martin said.

His goal is to create a bigger following for Scott Joplin online by teaching and relating Ragtime to modern music. He relates this project to his musical style by describing it as “unlimited.”

Martin is not only referred to as a prodigy, but also writes his own music. He will release a collection of original work called “Pilot”, which comes out July 7th. It will be available on most music streaming platforms including Apple Music, Spotify and Pandora.

Martin will continue working as a musician at the Berklee College of Music in the fall.

“I hope I can be famous before I get out of college. The world values you when you’re younger, and I have so many great ideas. I want to establish a name for myself. People, experiences, I don’t know, girls. And good music…you produce what you take in. I want people to be inspired by something. Take it serious and do it.” Martin said.