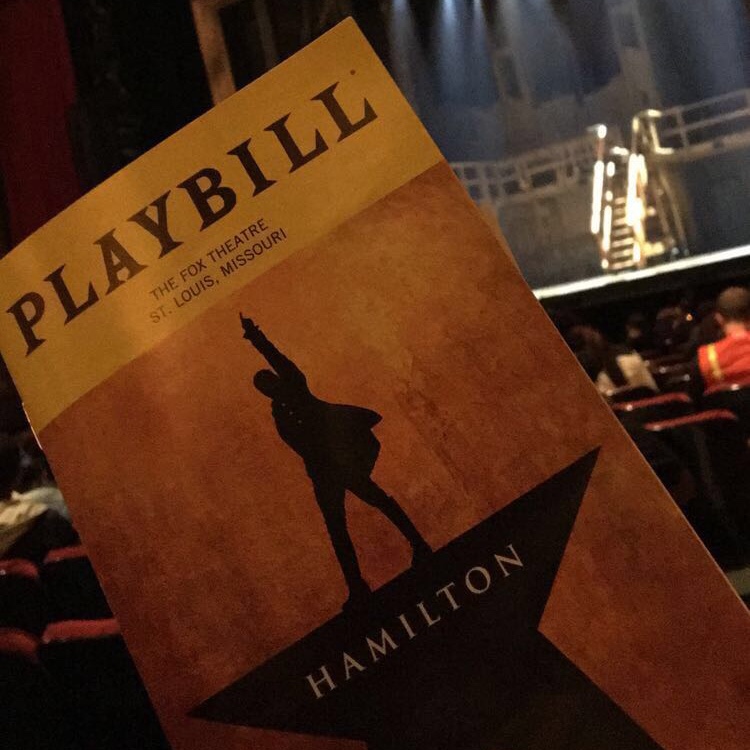 The official Playbill for Hamilton by Lin-Manuel Miranda. Hamilton is a rapped-through musical that tells the life story of Founding Father Alexander Hamilton.

Nearly 4,000 students and teachers from 42 high schools in the surrounding area attended the performance of Hamilton back in April at the Fabulous Fox Theater.

As part of the Hamilton Education Program by the Gilder Lehrman Institute of American History, high school students were invited to see the musical while incorporating Alexander Hamilton and the Founding Era into classroom curriculum. Students were required to create either a song, rap, poem, monologue, or scene no longer than two minutes that summarize or shed light on the overall events of the Founding Era.

Teachers recorded these performances and sent them to the Hamilton Education Program, where the top performances would be selected to take their creations to the Fox Theater stage before the matinee performance of Hamilton. Two of the students selected for this opportunity were sophomores Martese Davis and Sheanique Syms.

“At first it was just for fun,” Davis said, about his choreography that was submitted.

The pair’s dance told the story of the Boston Massacre and the rioting between the British soldiers and Colonists. Their dance was a visual for non-violent solutions to problems in history, and to break the cycle of violence and bloodshed.

“I’m grateful, very happy to have this type of experience and just to be able to be a part of something that’s part of history and people are going to remember that,” Syms said.

The two were taken by surprise when presented with the opportunity, but they also focused on this as being a way to learn more about the past and connecting event to today’s society.

“To learn how much Hamilton in the past has done for us and how he influenced major events and was a part of that and how it affects the type of society and the things we go through on a day-to-day basis and how it kind of shaped the world we are living in now,” Davis said.

The two stood out because they were the only ones to dance, enhancing the skills they have learned in their pathway.

“It doesn’t matter what type of background you have. You can always succeed and climb up the ladder…” Syms said in regards to what she took away from the experience.