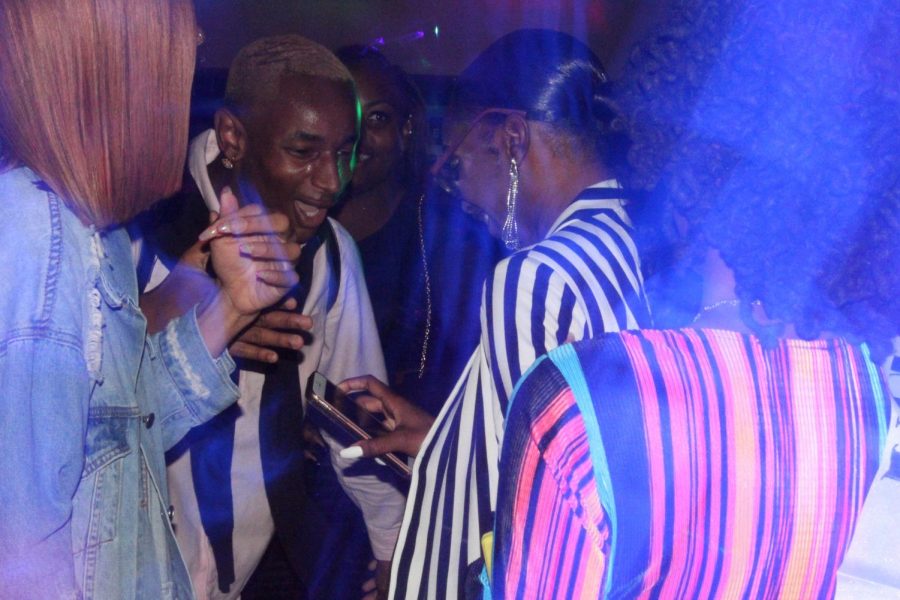 A homecoming with friends is what makes the night special for seniors, Martese Davis and Neva’eh Moorehead. “24/7 It’s a stress. It’s stressors, you always feel like something’s on your shoulder. Something always brings you down. We’re always gonna have responsibilities to handle...To just realize it’s okay to kinda relax, I would say that’s why it’s important to go out and be with your friends," Davis said.

This year’s homecoming followed the theme “Neon Nights” and took place on Saturday, October 12, in the CPA gym. The homecoming pep rally and basketball game took place the day before.

“We decided to pick CPA for a few reasons: one, it was free, and second, it was a big enough space for everyone to fit, and we always do our pep rallies there, so we thought, why not?” a senior member of student council and planner, Neva’eh Moorehead said.

A specific committee was formed to plan homecoming, but contributions were not limited to just members.

“There was the committee, but everyone in STUCO chipped in ideas and contributed,” visual art teacher and STUCO advisor, Caitlin Munguia said.

Neon Nights was chosen over other themes, such as “’80s,” “’90s,” and “A Night in Paris,” for its fun and different theme. In following with the theme, the dark gym was lit with blacklights, causing the bright colors worn by many of the students to glow. Glow sticks and LEDs were also scattered around the gym and were worn by many as additional accessories such as necklaces or bracelets.

“Neon nights, out of all the categories, seemed like the most fun and the most different from the other themes we considered, and we thought we’d have the most fun decorating,” Moorehead said.