How would you feel? 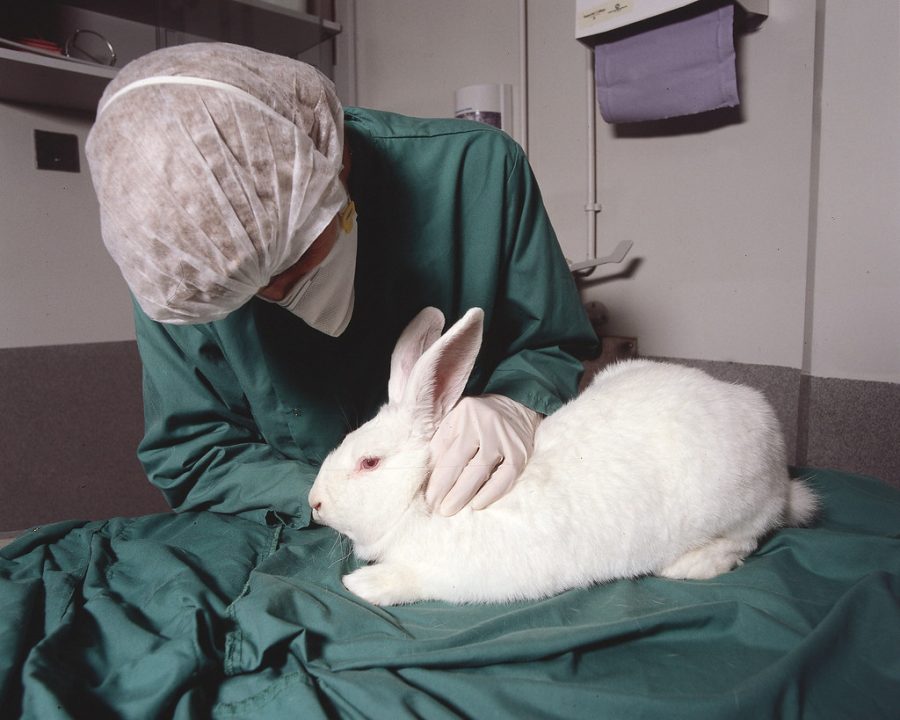 A rabbit in a research room for animal testing. Used under Creative Commons Public License. Photo by Understanding Animal Research.

Animal Testing is a thing that happens around the world all the time. To me, it is cruel and unusual punishment for animals that don’t know what is happening to them. The worst part is that the thing that is being tested on animals the most is cosmetics. That’s right, all the makeup, eyeliner, fingernail polish, etc. that you see, animals are being tortured with by scientists. People may say that it is for the good of humanity and that we are trying to find cures for diseases that we couldn’t find before. To me, to an extent,  that is true. Though, all of the other reasons are a bunch of BS. The ONLY scenario that animal testing would be okay is when it is ABSOLUTELY NECESSARY.

If you have never seen a video of an animal who was being tested on, here is a link to a video. It’s sickening, isn’t it? So, correct me if I’m wrong, but I don’t know of any rabbit that wants to put on eyeliner, mascara, lipstick, etc. Plus, Humane Society International estimated that the number of animals that suffer and die every year is somewhere between 100,000-200,000. That is a CRAZY number of animals that barely get to see the light of day. Instead, they get to see the light of a lamp.

Do you trust the military? Would you trust them knowing that YOUR LIFE was in THEIR HANDS? Well, what would you do if I told you that they too are involved in animal testing? That’s right, there is a video that was leaked to PETA, an animal rights movement, that shows military-hired instructors breaking and cutting off the limbs of goats. This also proves PETA’s point that these tests are ineffective That is horrifying, especially for the goat who was kicking and screaming, which are clear signs that it was not given proper anesthetics which made it all the more painful, therefore all the more horrifying. The military also uses animals for target practice, aka, killing them for basically no reason. Alongside these abused goats, the military has also shot, stabbed, and pulled out internal organs of pigs, and under anesthetized animals moaned in agony.

If you like monkeys, you might not like this paragraph. You have been warned. Now then, every year about 100,000 monkeys are starved, and put in painful, invasive, irrelevant experiments that most of the time probably don’t even have anything to do with what they are experimenting with. They are also forced to be restrained so experimenters can drill holes into the monkeys’ heads. Afterward, they will inject diseases, drugs, chemicals, etc. After that, after all of that sick and inhumane torture, they are KILLED. Most of the monkeys that are used are imported by Air France. Air France is the last major airline that flies monkeys to labs to be tested on. Sometimes monkeys will be stuffed under the seats of unsuspecting passengers without food and sadly some die on the flight.

Every day animals have to endure this cruel and unusual punishment, and some of the testings can be irrelevant. The only thing that I hope is that this stops because if it doesn’t and no one does anything about it, that means that animals will have to continue to suffer.