Jazz band The Bad Plus performs for high school instrumentalists 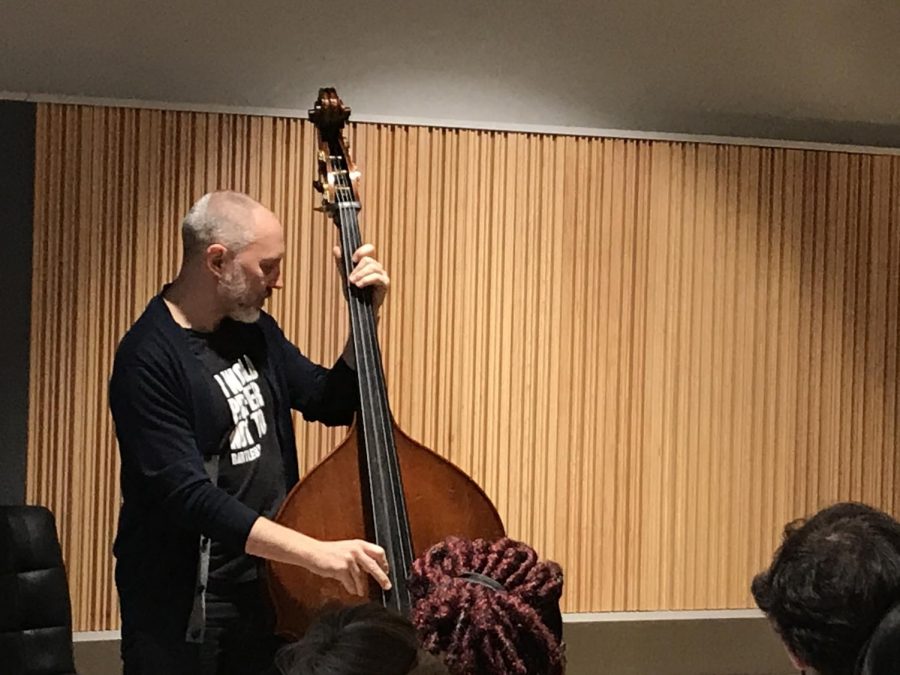 On January 10, high school instrumental students from jazz band and advanced guitar ensemble had the opportunity to walk to Jazz at the Bistro to see a popular jazz group called, The Bad Plus. The Bad Plus is a jazz trio from Minnesota which consists of pianist Orrin Evans, Bassist Reid Anderson, and drummer David King. They mainly play alternative jazz which is what separates their style from other sub-genres. During the beginning of their career they thought that it would be cool if they played jazz covers of popular songs at the moment. A popular cover that was mentioned was their ‘Smells like Teen Spirit’ rendition.

Jazz at the Bistro provided pizza and water for the students that were visiting. As the students ate, the band started off with a simple question and answer session. Senior Derick Metcalfe asked the band how their name originated.

“It was my idea. Like most band names, it means absolutely nothing. It came to me one day so I asked the guys how they liked it since we needed a name for a gig that weekend. They said it was good with no question and that’s how it happened,” David King said.

The band then played one of their original songs, ‘Big Eater’ which is an upbeat jazz piece with offbeat unique melodies. The song goes from an off-key tone then into a major tone. After the song was over, students asked a few more questions until the band performed another piece.

Overall, this was a chance for the school’s jazz band and guitar ensemble to hear a different style of jazz and get to know how the musicians think. More opportunities like this are yet to come for GCAA’s students.