Mario Kart Tour—Does it live up to its hype? 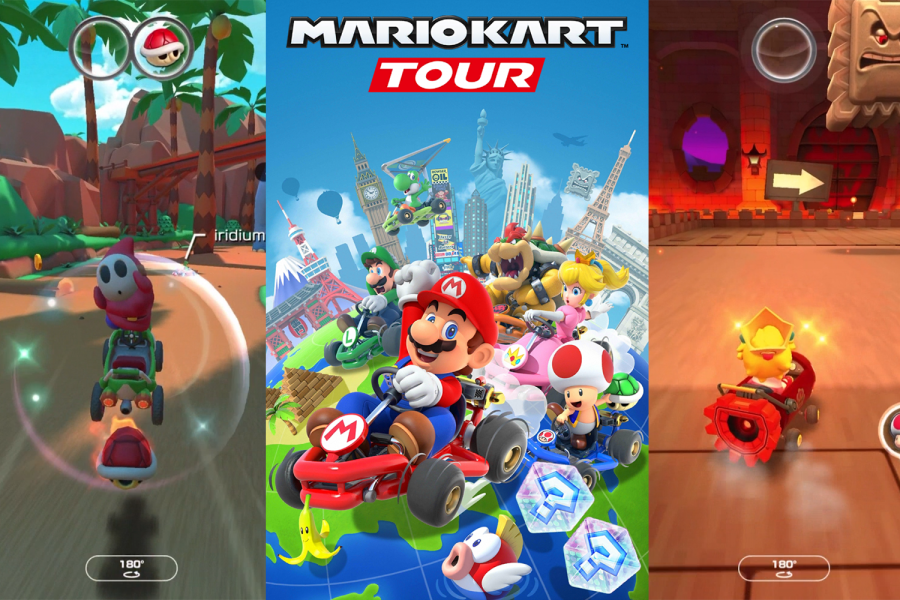 When someone says the name “Mario,” we all tend to think of the same thing: a short mustachioed man wearing a red shirt and hat with blue overalls. Mario has been quite the popular character from the time Super Mario Bros. for the NES was released and still remains as popular as ever. Even with him being one of the most well-known characters across the world, his popularity only grew with the release of Mario Kart Tour, a mobile version of the popular Mario spin-off series Mario Kart.

Mario Kart Tour quickly rose to popularity soon after its release September 25, 2019, and features many of the characters from the Mario games that we all know and love. It also features new character designs—Toad (Pit Crew), Mario (Musician), Peach (Kimono), Mario (Hakama), Rosalina (Halloween), Peach (Vacation), King Boo (Luigi’s Mansion), and Shy Guy (Pastry Chef)—and two new characters: Peachette and Pauline. I’m sure most fans were glad to see Pauline after she was reintroduced to the Mario games in Super Mario Odyssey as mayor of New Donk City.

Despite the new additions to the Mario Kart series, this mobile game removes a few features that I highly enjoyed in the previous games. Bikes, ATVs, and anti-gravity are no longer present. To make matters worse, the player cannot customize their ride’s tires, which is a key feature of many previous games in the series.

Along the lines of things I dislike, is the fact that characters, vehicles, and paragliders can only be unlocked through loot boxes. So you either save up enough rubies to get some new stuff or you fork over your wallet. And while it may be tempting to pay to get more loot boxes, it’s really not worth it. I can’t imagine spending money on something that’s entirely left up to algorithms and luck.

The quick rise in popularity of this mobile game was likely due to how easily accessible it is, as well as the fact that it’s free (not counting optional microtransactions). Unlike previous games, Mario Kart Tour is a game that you can play wherever you want, whenever you want. The Nintendo Switch may be portable, but your phone is even more so.

Even without many of the features I’ve come to love in Mario Kart, Mario Kart Tour is still highly enjoyable. Before now, Mario Kart wasn’t exactly something I could take out and play no matter where I am, even with the Nintendo Switch. It’s nice to be able to play a game that I love no matter where I am, and it’s a great way to waste your time when you have absolutely nothing else to do.