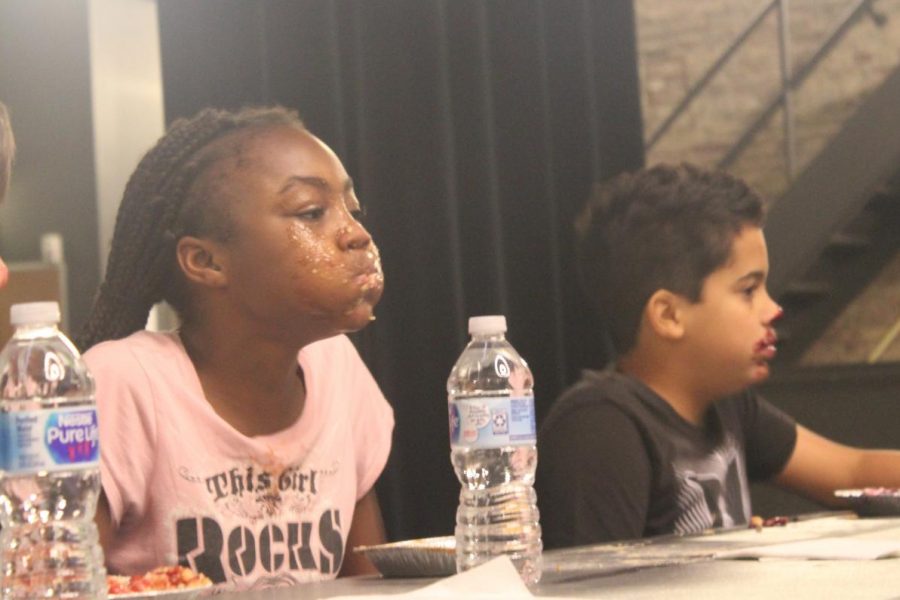 Sixth grader Nala Lindsey takes a breath after she wins the first round of GCAA's Pie Eating Contest.

“We just need to do things like [the assembly last year on the last day of school] more often as a student body that are just ridiculously fun, and a little stupid, and just give us all a chance to laugh together,” said middle school English teacher and student leadership sponsor Michelle Oyola.