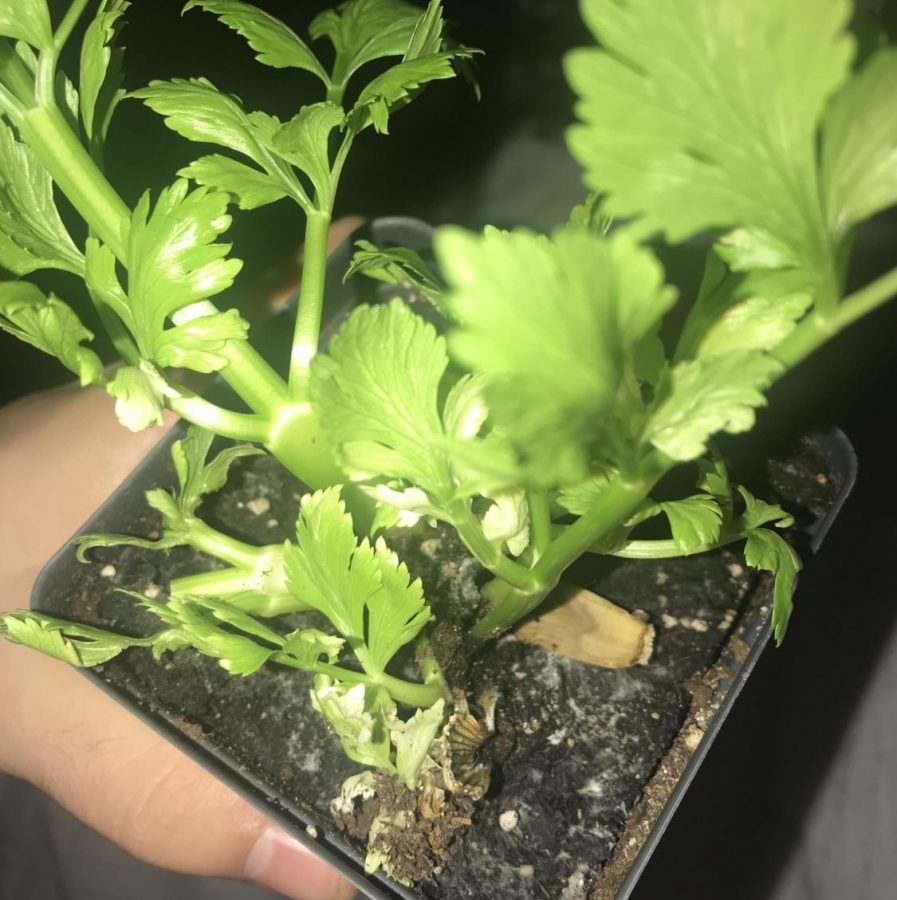 A plant that was fertilized with the help of pear jam made by Green Machine students.

The middle school science department has put together a science club called the Green Machine. Spearheaded by science teacher Cassandra Lentz, the Green Machine is a class and club that is based on hydroponic gardening towers as well as sustainability. It consists of students learning about various science standards through hands-on projects. The Green Machine was originally a club that was started by Stephen Ritz. Lentz restarted the project when she began working as a middle school science teacher at the school. Prior to the club, there was no recycling happen in school.

“It is a great program with many real-world applications for the students, plus they get to grow what they eat! I included sustainability in the program because this is going to be your [student’s] world someday and need to know what issues you are inheriting and how to ‘fix’ things when it comes to going green,” Lentz said.

Students who join the club have a chance to get to learn more about the world and how the earth gets damaged by the lack of recycling. The club is offered as an opportunity for students although they’re unable to join the class during the A7 or B2 blocks. The club meets every other Wednesday in room 203.

They also did the project Pear Jam. The Pear Jam project was an opportunity for students to go to Old North due to the fact that they had ripe Red Bartlett pears going to waste. The students who are apart of the club went to pick them up with the help of Mathew Dickey’s boys and girls club who sponsor-provided transportation. Once the students picked the pears they found some recipes they wanted to make. One of the eighth-grade students, Sam Meyers’, Grandparents own a farm and came down to teach us how to can the jellies.

“It was a wonderful time and I was lucky to have parents who were interested in farming and took time out of their day to come to help us. I can say it was an amazing time,” Meyers said.

Students made pear-ginger jelly, pear-pineapple honey jam, pear crumble and vegan pear crisp. They also made their own ice cream to go with the baked goods.

“This was an opportunity to basically show sustainability farm to table. We plan to sell some of the jam as a fundraiser, but everyone in the green machine was able to take home some jam,” Lentz said.

They recently hosted a Recycling Trashion Show and are waiting on a shipment to start the Green Machines and Composting. In the spring they will be hosting a Climate Apocalypse Experience and will be participating in the Middle School Model UN.