Phoenix Wright: Ace Attorney — The best game you might not have heard of 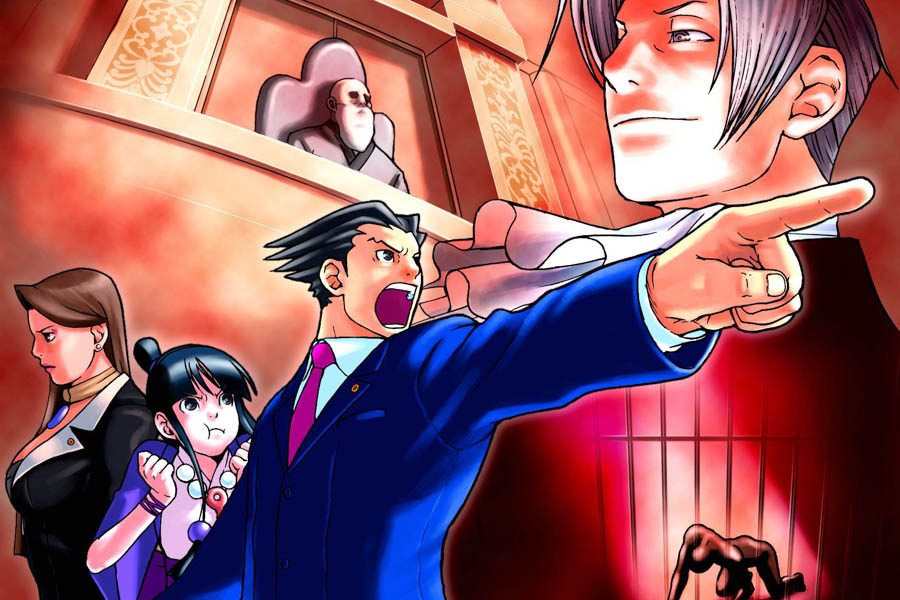 Phoenix Wright: Ace Attorney is a visual novel adventure video game developed by Capcom. It was released for the Gameboy Advance in 2001 in Japan, and has since been ported to multiple platforms. In 2005, a version of the game for the Nintendo DS was released with a new episode. This episode includes a number of gameplay features designed especially for the Nintendo DS, such as using the touch screen to spray luminol testing fluid and running fingerprint tests.

I have to say that this game is one of the best video games I’ve played in a while, which is quite impressive, considering that it is mainly a visual novel. It deserves to be more well-known than it currently is, as it is relatively obscure here in the West. It has a fairly large fan following, but not quite enough for it to be considered a popular game, which is quite unfortunate. Phoenix Wright: Ace Attorney is a game that keeps you on the edge of your seat. Each episode focuses on a different case, with each more challenging and unpredictable than the last. Not only is the story extremely interesting and captivating, it also forces you to think and pay attention. Overlooking even just one seemingly small detail in a witness’s testimony can cause a huge mistake; I had to learn that the hard way.

The game follows rookie defense attorney Phoenix Wright through his first five court cases, all of which are murder trials. The player is given the task of defending a wide range of people, from a childhood friend to an actor in a children’s show. Along the way, you meet and befriend a number of unique individuals, including an oddball detective and a spirit medium in training. Keep in mind, however, that all of the laws and legal matters in the game are works of fiction, as it takes place in an alternate universe Los Angeles (in the Western release) in which several laws are vastly different from reality.

Phoenix Wright: Ace Attorney is a great game for anyone over the age of ten. There isn’t any graphic violence, but the characters do use some profanity from time to time. It’s not too bad, though, and I think it’s clean enough for a fourth grader to play. The controls are also basic, making it easy for younger players to get the hang of it. What makes it especially suitable for younger players are the silly and often childish names given to many of the characters, such as “Sal Manella”, “Wendy Oldbag”, and “April May”. There’s even a character who many refer to as “Hairy Butz” or “Harry Butz”, despite his name actually being “Larry Butz”.

Overall, I’d have to say that this game is by far one of the best games out there. No matter your preference in video games, I think anyone could enjoy this game. The controls are simple, and the basic story is easy to understand. I would definitely recommend this game, especially if you enjoy a mental challenge.