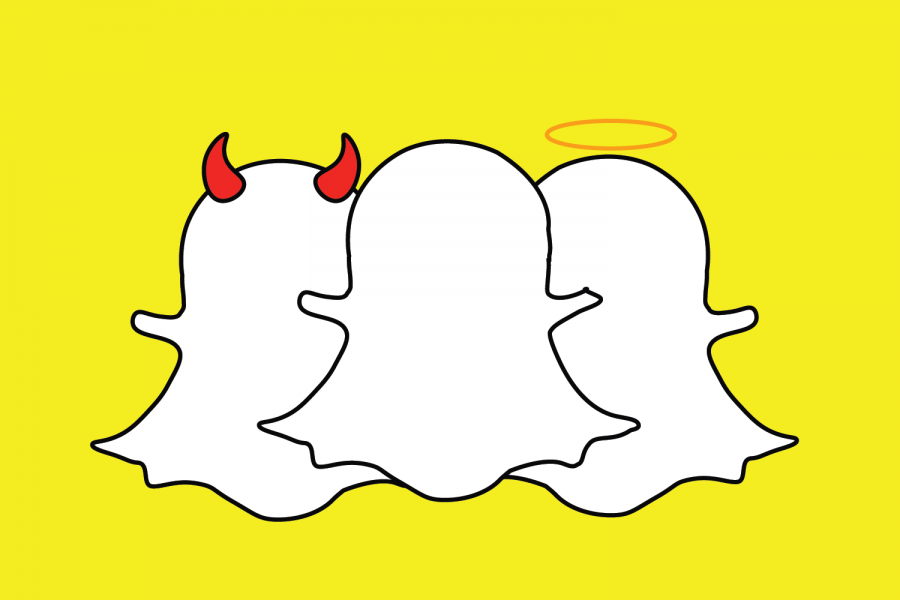 According to Omnicore, Snapchat has 173 million daily active users and over 300 monthly active users. These 473+ million use Snapchat for an average of 30 minutes a day each, amounting to 500 million Snapchat stories per day that would take over 158 years to watch in its entirety.

With statistics like that, it’s no wonder that Snapchat is the buzz nowadays. I cannot count how many times I have been approached with requests for my now deleted Snapchat only to be given disinterest when I offer my Instagram.

The question, however, remains: is Snapchat really all that?
My conclusion after a short time using it is no; in fact, is is a rather risky app for more reasons than one.

First of all, Snapchat is fond of erasure. Stories last 24 hours before being deleted, snaps vanish the moment the screen is tapped. No scrap of history survives the next day (unless screenshotted). A system like that practically invites seedy activities like predation and cyber-bullying, and stories have already emerged – people are receiving inappropriate pictures from strangers, are being requested for some of their own, or are saying vulgar and hateful things because they think the evidence will disappear forever. Snapchat has of course filed police reports (for the most part) when such issues arise, but when a social media platform introduces a feature that erases information periodically, one has to wonder why.

In addition, through its deletion-based features, Snapchat has made another grave mistake: it has painted an illusion of inculpability. People think that they can say and do things without consequence, that Snapchat will sweep it all away, and that is a very dangerous lie. Screenshots can be taken of snaps or stories at any time, and though the person in question is notified of it, by then it will be far out of their control. Snapchat feigns to be an app that rids one of their accountability, but ignorance to this facade can quickly ruin a life.

Lastly, we arrive at the fact that Snapchat is – for a lack of a better word – fake. To a certain extent, all social media platforms are, as they show only what the person wants others to see. Still, Snapchat welcomes special phoniness in the way it is structured – unlike Instagram or Facebook, where the symbol of popularity lies in one’s amount of likes or followers, Snapchat determines the popular through how many people are watching one’s story, and how often the person in question keeps it updated. Thus, the average Snapchatter arranges their story with a very vivid sense that people are watching, and a very intense desire to be entertaining, even if that does not reflect their true nature.

And so I advise others, especially students, to at the very least inform themselves of these issues, and become aware of the traps (whether intentional or not) Snapchat has embedded in itself. In a world where the past can be dredged up with a bit of research, anonymity can be preserved with a username and some hacking, and one’s identity can be lost in a sea of environmental expectations, we cannot be too careful.