The cast of Shrek puts on “Shrek Unplugged” for middle school 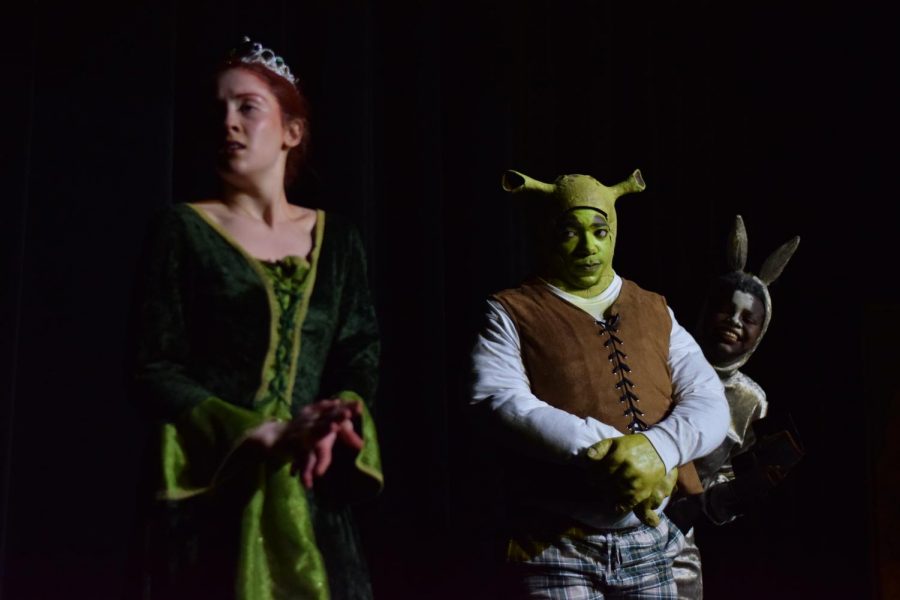 At 8:00 AM on Thursday May 2, 2019, a crowd of middle schoolers rushed into the Sun Theater for “Shrek Unplugged”, which included a Q and A with the cast of Shrek and a sneak peak of a few of the songs. The cast sat at the edge of the stage, answering questions from students such as if any the cast members had previously been a fan of the Shrek movie before the performance, or who was playing what role. After that started to wrap up, the cast surprised the middle schoolers with three free tickets good for any night. The tickets were hidden under three different chairs scattered throughout the audience. Although it took them a minute to find the tickets, the winners got to also pick a song from the white board that was set up. Their options where Story, Fiona’s, What’s Up? and a Sing Along. After the choices What’s Up? and Fiona’s, the event ended with a Sing Along to Alexander Hamilton, with the cast of Shrek engulfed in dance and song while the middle schoolers were sent off to their first class of the day.