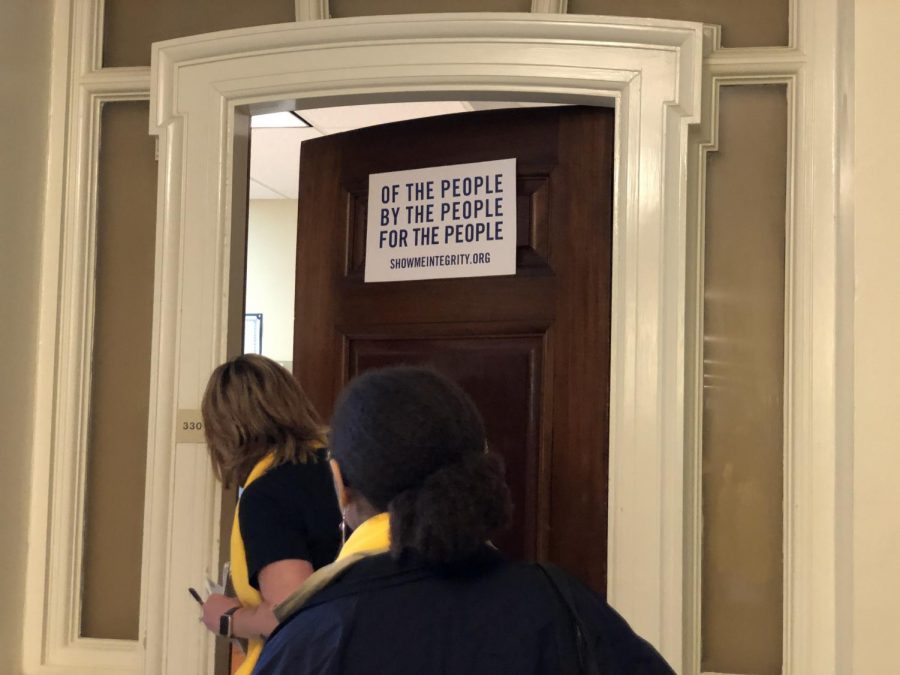 “We want our children to succeed and that begins with a quality education. An education our children receive today directly impacts their future tomorrow,” Senator Jamilah Nasheed said. “These students are pushed grade after grade with nothing to show for it. They leave our education system without the skills needed to survive in society.”

After an opening orchestra performance from Gateway STEM several speakers, including Senator Nasheed and Crossroads Charter school parent Christy Moreno, explained why closing the funding gap is an important issue. Middle and high school choirs from GCAA performed in between speeches lead by legislators and supporters of the event. Scuola Vita Nuova Charter School was the only elementary school to perform. All attending students were given yellow scarves with the NSCW logos embroidered on them.

Haile EmersonScuola Vita Nuova Charter School students perform a choreographed dance in between speeches at the rally. Scuola was one of the few schools to perform others being Gateway STEM High School and GCAA middle and high school.

“We chose KC [Kansas City] because it was a promising place to raise our kids…our family. I knew I needed to find a public school that would welcome them as they are: brown, bilingual, bright and beautiful,” Moreno said.

Usually scheduled in January, parents, educators, students and supporters alike made efforts through events in different cities across the country to raise awareness of the issue. This year the hashtag #FixTheGlitch was used on boards and speeches to convey the message in a simple way. Supporters from GCAA took two school buses to Jefferson City to participate in the event.

“This issue is significant… More than 25,000 students in Missouri are in schools that don’t receive their fair share of funding. That includes our children, and that’s why we’re here today,” Moreno said. 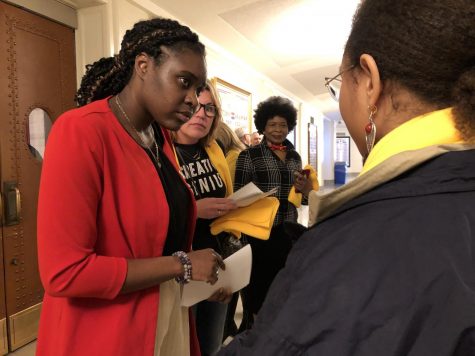 The fight for funding is not a new issue for St. Louis charter schools as several schools have been closed down due to insufficient funding. St. Louis College Prep closed in 2019 after an investigation by Missouri State Auditor’s revealed false attendance records. More significantly the Imagine charter schools of St. Louis closed in 2012 leaving an estimated 3,500 students searching for a new district. GCAA was also underwater with finances during the start-up years of the school but the crisis was resolved with a merger into Confluence Academies in 2017.

“Throughout our state we have incredible teachers who truly, truly care. We have support systems that help students in need then to discover the joys and wonders of learning. You see, no matter, no matter for the reason for a school’s less than satisfactory results, the ones who are affected the most are the students they fail adequately,” Senator Nasheed said.