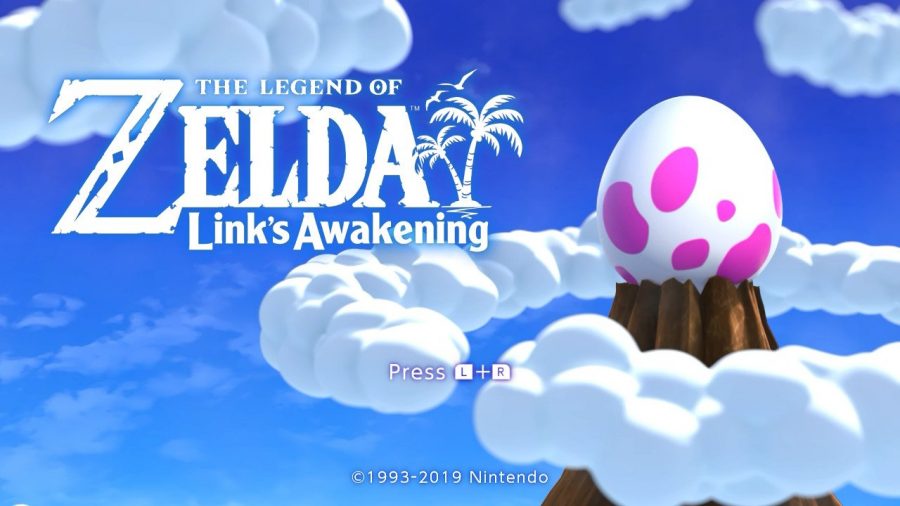 Screenshot of the title screen of Nintendo's "The Legend of Zelda: Link's Awakening" remake.

The Legend of Zelda series is one of Nintendo’s most profitable franchises. Almost anyone could tell you the little man in the green cap is the protagonist of the series. Ever since the first game was released in 1986, the series has gone on to make around $1.4 billion in its lifespan according to Segment Next. On September 20, one of its most unique titles, The Legend Of Zelda: Link’s Awakening, got a remake. 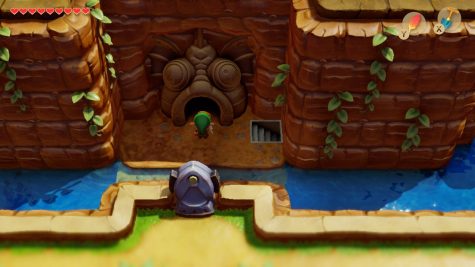 Michael WaffordScreenshot of Link entering one of the dungeons in Nintendo’s “The Legend of Zelda: Link’s Awakening” remake.

Link’s Awakening for the Nintendo Switch is the second remake of the game, and it’s a little different from all the other Zelda games in the series. The game features Goombas, Kirby and other characters that aren’t usually in The Legend of Zelda series. This is attributed to the game originating as a side project for game developers to work on in their free time. Eventually, it evolved into an original game the developers never expected to release. Because of this they felt fewer restrictions and created a game that added new elements to The Legend of Zelda that would be used in later games.

The remake of Link’s Awakening is almost identical to the original in terms of story and actual content but there were some interesting changes such as crane game physics and the dungeon creator, a feature that many players have mixed opinions on. Another change they added to the game was giving dedicated buttons to the different items you attain throughout the game such as the sword shield and pegasus boots. This is a way better system than mapping your items to the only two buttons the Game Boy had available in the original game. 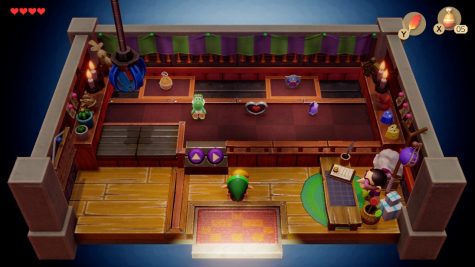 Screenshot of the crane mini-game in Nintendo’s “The Legend of Zelda: Link’s Awakening” remake.

The story of Link’s awakening is fairly simple. Link is sailing back to Hyrule after training overseas when a storm overtakes his tiny boat and lightning strikes, causing him to wash up on Koholint island where he’s found by Marin, one of the island’s inhabitants. After Link wakes up you [the player] are tasked with finding a way off the island by solving puzzles and going on quests to complete dungeons along with helping out the islanders. The story is easy to understand.

The new art style for The Legend of Zelda Links Awakening, in my opinion, most resembles toy figures. Almost everything has a soft feel to it which makes the game feel very appropriate for a portable system like the switch lite, but docked mode on the switch looks very nice as well. 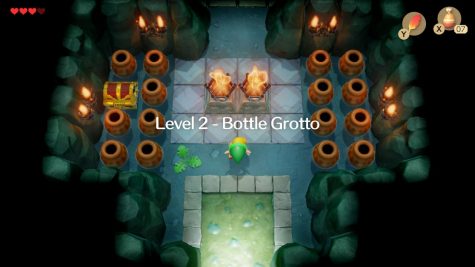 Screenshot of Link entering a dungeon in Nintendo’s “The Legend of Zelda: Link’s Awakening” remake.

A big disappointment I’ve had with the game, however, is the framerate. In certain areas, mostly when entering towns, or places with many different NPCs or enemies, sometimes the framerate will experience a small hiccup before resuming at its normal rate. It’s not a game-breaking issue but still, it can be very surprising to have the game operate against your expectations.

Overall, The Legend of Zelda: Link’s Awakening is an amazing game that originally bored me because of how similar it was to the original, but soon it proved itself to be a unique experience. The unique characters on Koholit Island felt more expressive, and the new art style brought the whole experience far beyond what developers could have expressed on a 160×144 pixel screen in 1993. If I could recommend a Zelda game to anyone new to The Legend of Zelda series, this would be it.