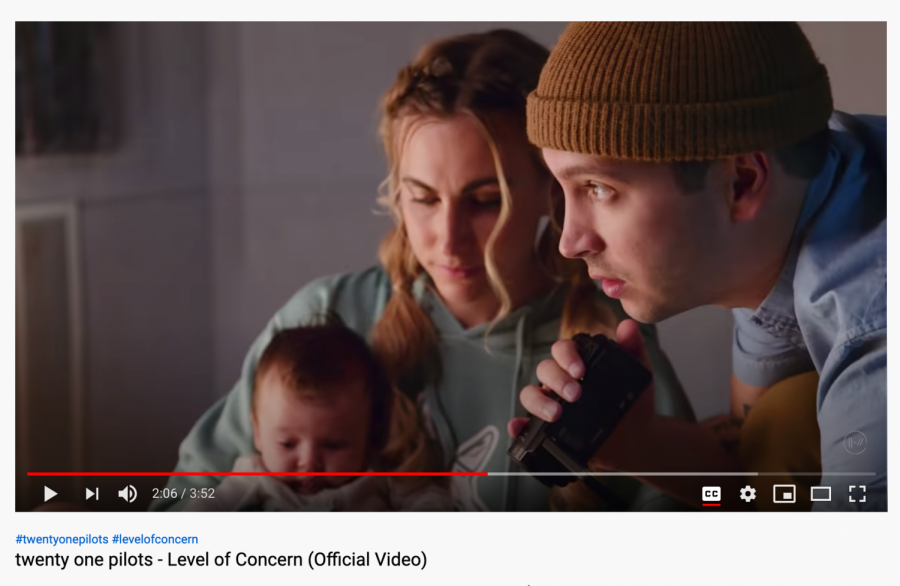 Twenty One Pilots’ recent surprise quarantine gift has fans shocked and confused at the same time. Twenty One Pilots is the type of band that works on projects for months and even years before they are released! Yet, the band released this song a few weeks into quarantine to loosen up and entertain fans during these hard times.

The new pop song named “Level of Concern” was released April 9, along with a music video that fits the quarantine theme. This song consists of upbeat beats and many electronics. It also has an indie-pop or radio pop feel.

The song starts off with the frequently used underground beats that build up into the song. The band brought something that hasn’t been introduced yet which is the electric guitar. Tyler Joseph, the lead singer, plays multiple instruments for this song including guitar, bass, and keyboard. Josh Dun’s drumming slowly got louder and more prominent as time passed which gives it more of a dancy feel.

This song is way different than a typical Twenty One Pilots song which was surprising to me. Though Twenty One Pilots has done electronic songs, this seemed out of their comfort zone due to the abundance of pop qualities. Tyler Joseph usually writes his songs in a different format, but I think this was just meant to be a little playful song to brighten up this quarantine.

The music video that goes with the song is honestly super cute and I think it was a super good idea. In the video, you can see both of the members working on the songs separately in their houses with the help of their partners and even Tyler’s newborn baby, Rosie Joseph. As they record music and film each part of the music video, they transfer the song to a hard drive. They then mail it back and forth until the song is finished which was a cute twist of music-making during the quarantine.

Even if this song isn’t your usual style it will still make you get up and dance. I think this was a cute, fun, and energetic kick to the dismal and slow times.