A Feminist’s View of the School Dress Code

Have you ever felt personally victimized by the school dress code policy? From a feminist’s point of view, issues with the dress code include the mindset that comes with it, how the difference between body types affects how a woman is penalized, the sexualization within the dress code,and insecurities that women feel as a result of the dress code.

One of the main issues many feminists have with the dress code is the mindset that often comes along with it; the mindset that the responsibility of the focus of men at our school lies entirely with the women.

The deal is that we all want guys to stay on task, and to not get distracted. The guys, the ones being distracted, have the responsibility to work through their own issues.

But here lies the problem: you cannot argue that it is the woman’s responsibility to keep the guys on task. You can then equally say that if she dresses in a way that some would consider inappropriate and is assaulted, that it was her fault because of the way that she dressed. This is not something we can boil down to “boys will be boys” or that the mentality of rape and sexual assault and sexualization and objectification of women is merely a mental illness, that there’s nothing we could do to teach those men to respect us; that it all lies on our shoulders. Which is not true, because those men can be taught those things. Men should take responsibility for their actions, thoughts, and their school work.

Young men need to be taught from a young age to respect the people around them, to see women as people and not sexual objects. Parents should teach this to their children. However, their home isn’t the only place they learn. They also learn at school, and not just when a teacher is lecturing them about the history of the world, or about math or science or the classes they signed up for. Students also learn valuable lessons through their teachers’ attitude and what they talk about, through the students around them and through the environment of the school. How we treat them and how people around them are treated affect the way they think about the world. If they see the dress code as sexualizing women, they will sexualize women. If they hear teachers saying it is entirely the woman’s responsibility to keep them from being distracted, they will not work towards improving themselves in how they learn, but will depend on those around them; if they see that women are being blamed for the actions of men, they will not take responsibility for their mistakes. Giving them the responsibility like this is not only harmful to the way women think about themselves, but how men think of them.

The main issue with the dress code, again, is the mindset; it is this mindset that is harmful to the women in our schools.

Both women and men have different body types, and for some, it is hard to find clothes that show off or cover certain parts. When dealing with male bodies, there aren’t as many “sexualized” areas as women are portrayed of having. Girls with larger breasts or longer legs may have a harder time finding clothes that fit in with the requirements of school dress codes. So while one shirt may look appropriate on a girl with a smaller chest, the same shirt could be much more revealing on a girl with a larger bust. This concept also applies with legs and shorts; a shorter girl would be able to wear a certain pair that is easily an acceptable length, whereas they could seem much less ‘appropriate’ on a tall girl with long legs.

I am a girl with a larger chest size, I will admit. I’ve only ever been dress coded once, for skin colored tights, not for exposing cleavage. However, I cannot say exactly what is acceptable and what isn’t in a case like this. Yet I can say that it is hard for me to keep my clothes within the dress code. It’s becoming more difficult as my body matures and changes. Girls experience problems with their bodies in multiple ways, and trying to maintain dress code while all of this is happening to them is incredibly difficult. Between becoming taller and going up in bra sizes, girls have it a bit more difficult than boys to keep everything within school standards.

The dress code states: “No pajamas, Shorts should have at least a 3-inch inseam. Skirts should reach the tips of fingers while standing. Underwear should not be visible (this includes bra straps). No sagging. Boys should wear belts.No suggestive sayings or profanity on any clothing. We do not want to see skin through holes in your clothing, even if this is a current fashion trend. Students are expected to be dressed and groomed in a manner which will not be disruptive to the educational process, constitute a health or safety hazard or violate civil law. Any clothing or jewelry that is distracting to the learning process is not permitted. Final determination of appropriateness of student dress will made by the school administration.”

School dress codes are generally implemented during elementary school. Elementary school would be the time when we learn what is right and wrong, your morals and ethics. Dress code implies that women’s bodies are something that need to be covered up, something that should not be seen. These rules imply that women especially need to remain “modest” and be respectful young women because otherwise, you are asking for attention. Nobody is asking to be raped and nobody deserves it. Instead of teaching boys not to rape we teach women not to get raped.The code is saying that if we dress a certain way we want the “boys” to say something to us, but in reality if someone can’t pay attention to school because of a bra strap, who is really the problem? Because the dress code is so strictly followed by teachers and other staff, it is almost an anomaly when a girl does wear something a bit more revealing, and then she is sexualized as if it was a secret that she wears a bra, and it’s a secret that she has a bellybutton.

This also feeds into insecurities. Girl’s are not going to feel as beautiful because she is no longer comfortable with her body, or feels like she will be judged and is shamed from such a young age. She begins to feel uncomfortable with her body, and she doesn’t really know her body. She is teased at school because of her clothing in general or called a “slut” because there are some immature people who cannot handle a bra strap, a belly button and hip bones. The fact that these rules have been around since 1969 (Tinker vs Des Moines) The court case was ruled as “a far-reaching decision, the Court essentially decided that schools may limit student expression (such as enforcing dress codes” how outdated they are. How are we to move forward as a society if we are still using rules from when the social expectation for women at the time was that they were the caretakers of children and housewives. 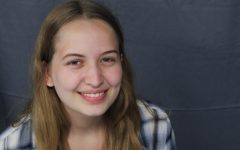 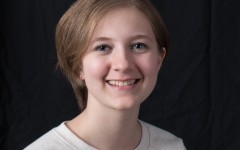