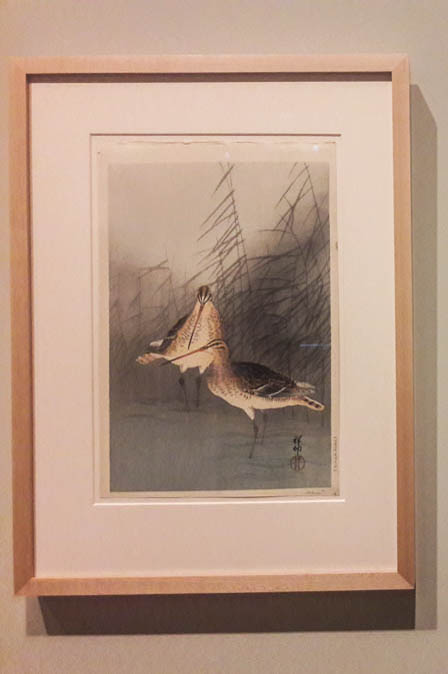 “Trained in naturalistic techniques, Ohara Koson is best known for his sensitively observed designs of birds in their native habitats…This design was first released in the 1920’s, but the publisher’s marks on the lower right margins indicate that it was probably re-released in the 1930’s in response to continuing market demand.”*

Something that I found interesting about this print was the fact that its focus is entirely on nature, rather than emotions, people, or theater, like many of the others were. Both this piece and Swallows and Wisteria were hung away from many of the other prints, on a wall of their own. I assume this was probably because they were so different from all of the others there.