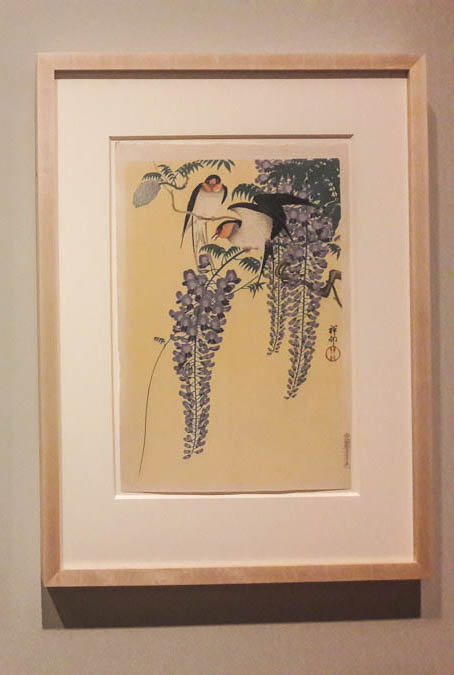 “Swallows and Wisteria bears a ‘Made in Japan’ stamp on its lower margin, as was required by government regulation after World War 1 (1914–1918). This design was first released in the 1920s, but the publisher’s marks on the lower right margins indicate that it was probably re-released in the 1930s in response to continuing market demand.”*

I really enjoyed this print, as it was one of the few in the exhibition, along with Bartailed Godwits, that featured animals as the main focus. The colors were bright, but not too vibrant, and I thought that was a nice choice, considering how colorful the feathers of Swallows are. The colors were what really stuck with me.

I’m not sure if there is any symbolism in this print. However, it evoked feelings of joy and contentment. The sight of small birds in nature, along with the bright colors, makes me happy, just as it would if I saw the same thing while going on a walk on a nice day. It brought a smile to my face.