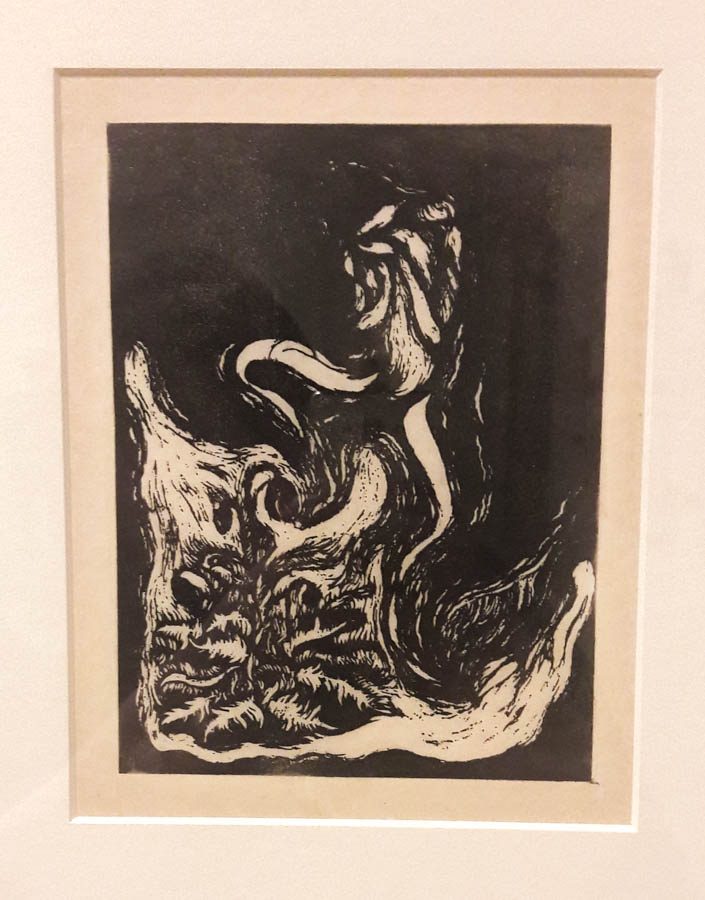 “Tanaka’s image conveys his feelings of impotence and despair in the face of his illness. The red poppy in the lower left alludes to the opium he took to control his fits of coughing and the blood of his hemorrhages.”*

At first glance, The Eunuch and the Red Poppy looks more like a drawing, rather than a print. The thin lines remind me of a sketch, making it stand out among many of the other prints. It’s so unlike any other print I’ve ever seen, and I find it amazing that the artist had enough skill to create this mezmerising piece.

There seems to be so much emotion and sadness, and it’s hard to really describe what I felt when I saw this piece. Without even reading the description, I could tell that the artist was suffering when he made this print. I could almost feel Tanaka’s despair as if it were my own. It’s not often that I find a piece of art that fills with as much emotion as this one did.