PHOTO ILLUSTRATION. Kennedy Brown, sophomore, demonstrates the stress that many feel when taking standardized tests, but is all of that stress necessary? (Aurora Phillips)

PHOTO ILLUSTRATION. Kennedy Brown, sophomore, demonstrates the stress that many feel when taking standardized tests, but is all of that stress necessary?

The Problem With Standardized Testing

The RSA (Royal Society of Arts)

Standardized testing is used in schools all around the country, but doesn’t have the impact on students that everyone thinks. According to The Washington Post, a two year study on testing in U.S. public schools found that the average student takes about 112 mandatory standardized tests between preschool and senior year. This averages out to about 8 tests a year, taking up 20 to 25 hours of class time every school year—this not even including the teacher-written tests throughout the year. While standardized testing has its benefits, there are still so many issues that arise with testing in the education system. These are things that we as both a society and generation need to become aware of. It’s very important that students become aware on how the education system both works, and how it affects them.

Back in 2002, Congress passed the No Child Left Behind Act (NCLB), which held schools responsible for the academic progress of all of their students, due to the growing concern that the American education system was no longer internationally competitive. This law put an extra focus on making sure that the states and schools boosted the performance of certain groups of students whose achievements, on average, lagged behind those of their peers: English-learners, students in special education, racial minorities, and those in poverty. The schools, under this law, had to test students in reading and math from grades 3 through 8, and once in high school. Both the ACT and the SAT test in english and mathematics.

The NCLB law gets a lot of criticism for relying on standardized tests, and others say that the emphasis on math and reading narrows the curriculum. This forces schools to spend less time on subjects that aren’t being tested, like social studies, foreign language, and the arts. Those are things that I personally find incredibly important, and to see it being disregarded is very frustrating. Teachers want to make sure we have all of the necessary information for the tests, but this causes lessons over things that aren’t being tested to run shorter than those that are. It is possible to find that all lessons are being rushed to make sure the student has everything they are required to know for the tests.

There will be many changes in the next few years. During the 2017-18 school year, a new law will be taking its hold on the education system. The Every Student Succeeds Act pulls back the government’s role in education policy, and gives more leeway to states to make the decisions. However most of the testing aspects are still in tact, or just slightly changed, so there are still a lot of problems to be acknowledged. The law still encourages “accountability through testing”, which still makes it harmful to the students.

According to education researcher Gregory J. Cizek, testing “produces gripping anxiety in even the brightest students, and makes young children vomit or cry, or both.” This is such a problem that the Sacramento Bee reported that “test-related jitters, especially among young students, are so common that the Stanford-9 exam comes with instructions on what to do with a test booklet in case a student vomits on it.” This shocked me. It’s being acknowledged that these tests are causing kids to become so anxious that they vomit, but the best they can do it instruct them on what to do with the test booklet?

Many people believe that standardized tests are proven to have a positive effect on student achievement, but in fact the Nation Research Council report found no evidence test-based incentive programs are working: “Despite using them for several decades, policymakers and educators do not yet know how to use test-based incentives to consistently generate positive effects on achievement and to improve education.”

It is argued that standardized tests are reliable measures of student achievements, but these tests measure only small parts of what makes education meaningful. According to education researcher Gerald W. Bracey, tests cannot measure “creativity, critical thinking, resilience, motivation, persistence, curiosity, endurance, reliability, enthusiasm, empathy, self-awareness, self-discipline, leadership, civic-mindedness, courage, compassion, resourcefulness, sense of beauty, sense of wonder, honesty, integrity.” These are all very important traits that we use in our daily lives, yet these test are only judging us on how well we can memorize and solve problems in our heads.

We are now facing a “creativity crisis,” as creative thinking is absent in standardized tests, and according to researcher Kyung-Hee Kim, “If we neglect creative students in school because of the structure and the testing movement…then they become underachiever.” Our school is full of creative students, so what does this mean for us? Are we supposed to accept this fate that these standardized tests have set for us? I don’t think so.

Most teenagers are completely unaware of how the education system actually works. They know the basics, and most don’t care to know more. And I have only highlighted one facet of this intricate system.

As we grow up, we will have the power to make changes, but it has to start now. Or we will keep seeing the system break down more and more students. This affects everyone. All current and future generations will be affected by the negative and positive changes that we make to this system. My advice to you: learn everything you can. Pay attention to the news and what changes are happening to the system. Study how it works both in your school and around the country. Above is a video to get you started. It’s called Changing Education Paradigms, with Ken Robinson. This opened my eyes to the flaws of the education system and got me interested in the topic. 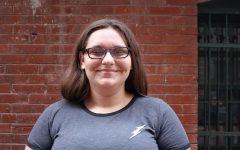