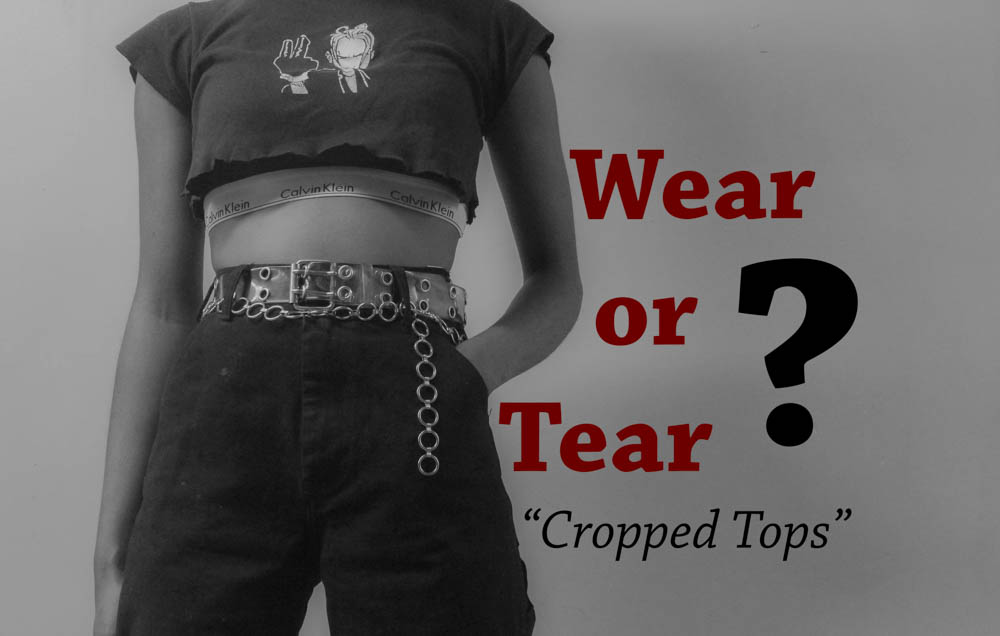 Photo illustration. Throughout my life I’d had people ask me questions like, ‘You’re too young to be wearing that! How do you go outside like that?’ or ‘Are you allowed to even wear that outfit?’ – Nuri Broady (Nuri Broady)

Photo illustration. Throughout my life I’d had people ask me questions like, ‘You’re too young to be wearing that! How do you go outside like that?’ or ‘Are you allowed to even wear that outfit?’ – Nuri Broady

Wear or tear; Should crop tops have a bad rep?

For years and years, many people have had many mixed feelings about the clothing item that is called a “Cropped Top.” A cropped top a.k.a, “belly shirt” or “crop top,” is a type of shirt that usually stops above your belly button or just generally reveals your stomach. This type of shirt began to rise in popularity in the ’80s and early ’90s. Women and men in their teens and ’20s were both wearing this clothing item regularly and it was seen throughout the media. There are photos of Madonna, Will Smith, and even Johnny Depp wearing this clothing item while the trend sparked up in the media. Throughout my whole life, I never understood why cropped tops were put into a negative category. The question is; should this clothing item even have a bad reputation at all?

Many schools across America including ours have banned crop tops. In 2014, GCAA enforced a dress code against shorts that were under 3 inches long and any form of crop top or shirt that exposes the shoulders. Many students were extremely angered and tired of schools constantly telling them that what they are wearing is distracting and inappropriate. As a result of that situation, students of all grades and genders protested the next day by wearing a crop top to school which inspired the administration to change the dress code. This year, we experienced something similar to what happened in 2014. The Confluence administration recently enforced a dress code against hats, durags, headscarves, and cropped tops which angered many students. The second I heard about the dress code, I instantly knew that our students would do something about it. This was simply unacceptable.

Eventually, after many complaints and meetings with the administrators that were accompanied by evidence and reasoning, we were able to finally get the dress code changed to no hats, durags, or cropped tops. After another couple of days of students carelessly wearing cropped tops, the administration decided to allow cropped tops as long as it doesn’t “look like too much” meaning it can’t show more than an inch of skin. We still have room to improve on the dress code, but that’s a different story.

Throughout my life I’d had people ask me questions like, ‘You’re too young to be wearing that! How do you go outside like that?’ or ‘Are you allowed to even wear that outfit?’”

I’ve also been told “Pull that shirt down, young lady!”, “If I wore that my mama would beat me” or the famous, “You’re practically asking for it…” I’ve decided to be unbothered by these remarks because I get to decide on what I can wear, but what is the problem with it? Many people assume that if a girl shows her stomach that she means it in a flirtatious or even a sexual way. If you’ve heard the saying, “She’s wearing that for male attention,” then you know what I mean. I wear things more so for myself than for others, so when I wear a cropped top with my outfit I’m doing it because I admire how it looks with the rest of my outfit and not for attention.

Another question is, what does age have to do with this clothing item? My answer is, ABSOLUTELY NOTHING! If you’re underaged then grown adults should not be looking at you inappropriately in the first place because who is the ephebophile and creep in the situation?…not you. You should grow up being 100% comfortable with what you’re wearing at all times and should not feel unsafe or insecure because adults told you to be scared of certain clothing items. I say just wear what you want as long as it’s not in spite of something or someone somehow because one day you might not be able to express yourself as you can now.

So no, cropped tops should not have a negative reputation at all. At the end of the day, It’s just a fashion trend that shows some skin, your skin in which you should know how to be comfortable in. These teenage years are crucial, so you should use them by trying new things, expressing yourself as much as possible, and wearing what you want. 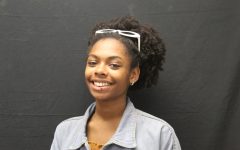